Main Navigation
Highlights
About Us 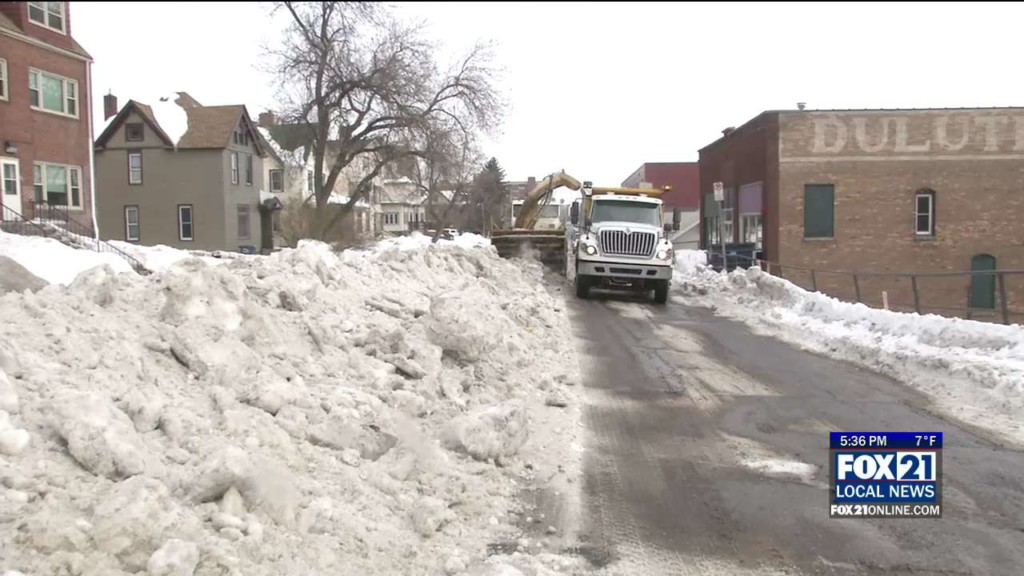 DULUTH, Minn. – City crews will begin removing snow in the Medical District and parts of West Duluth Wednesday and Thursday in an effort to improve on-street parking and reduce the amount of accumulated snow from the sides of the streets.
In a Tuesday press release, the city said crews will start removing snow on Wednesday in the Medical District beginning at 2:00 a.m. and expect to finish by 3:00 p.m.
Snow will be removed on the following streets:
On Thursday, crews will remove snow in parts of the west end of Duluth beginning at 2:00 a.m. until 3:00 p.m.
Snow will be removed in the following areas:
No parking signs will be posted in the areas listed above from 2:00 am until 3:00 pm on the day of removal.
The city says any vehicle parked on the streets mentioned above will be ticketed and towed at the owner’s expense.