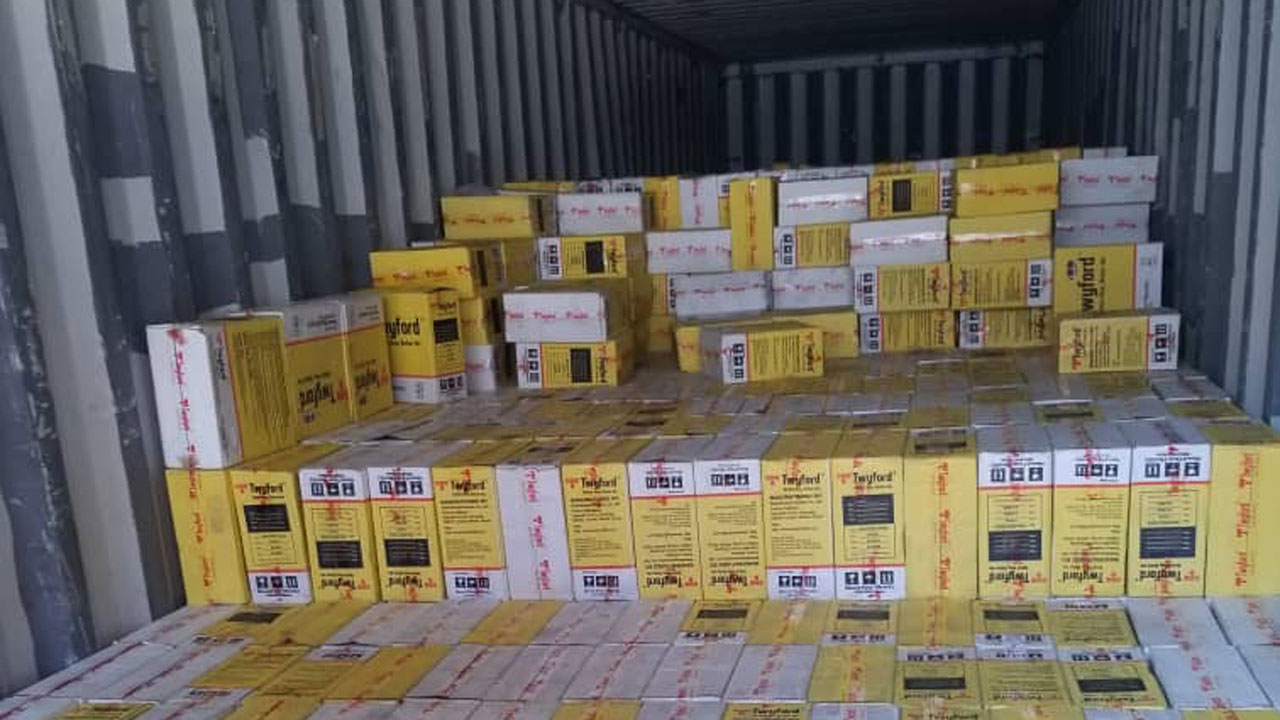 • Seizes 218.6kg skunkweeds in Adamawa, Ondo
Efforts by the National Drug Law Enforcement Agency (NDLEA) to block access and availability of illicit substances have again led to the interception of a container bearing 4,996,200 capsules of tramadol weighing 2,498.2 kilogrammes at the Onne Port, Port Harcourt, Rivers State.
The seizure of the illicit drug concealed in 1,387 cartons on Tuesday, 18th May, 2021 followed a joint examination by NDLEA operatives and customs personnel on a container marked MRKU 0764717, which had since been on the agency’s watch list.
Meanwhile, a 42-year-old Muntari Hamidu has been arrested in Nyibango, Jimeta, Yola, Adamawa State, with 13 sacks of cannabis sativa weighing 166kg. This happened as 35-year-old Sani Musa was nabbed with16.1kg of skunkweed at Ngurore, Yola South local Government Area of the state. Both were arrested on Sunday, May 16, 2021.
On the same day, a team of NDLEA operatives from Ondo State Command also arrested one James Godspower with 36.5kg of cannabis sativa in Faloye, Ogbese, Akure North LGA of Ondo State.
Chairman/Chief Executive of NDLEA, Mohamed Buba Marwa, in his reaction, lauded the renewed synergy between the agency and other security agencies in its operations, even as he commended the officers and men of the Port Harcourt Port command, as well as those of Adamawa and Ondo state commands for their resilience and commitment to work, while charging them to remain vigilant.